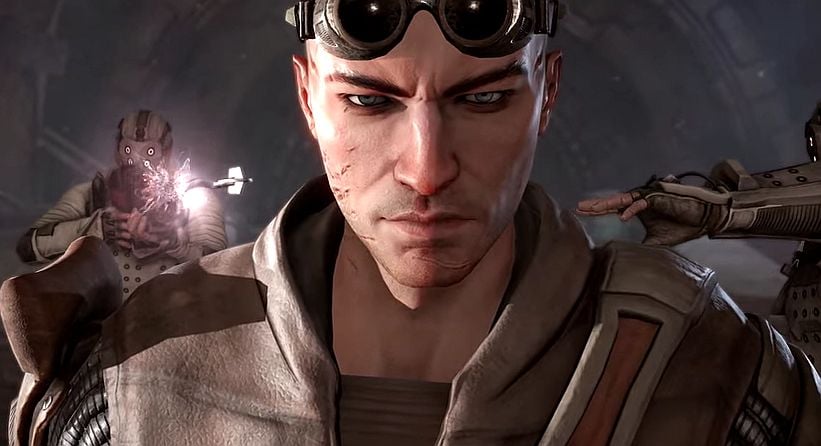 Zachariah is the main character in The Technomancer and who the player controls in gameplay. Players must always play as Zachariah, however his appearance such as face, skin, hair and eye color can be customized.

Zachariah is a rookie Technomancer from Abundance, one of the powerful corporations on the red planet. Technomancers are formidable warriors harnessing destructive electrical powers channeled through their implants.

Zachariah is able to make use of various Talents, Attributes and Skills, all designed to augment his power as a Technomancer as well as his effectiveness with Weapons and Armor in Combat. During his journey, he will befriend several differnet Companions who may accompany him on his Quests.

Additionally, the choices Zachariah makes have an impact on the game world and on the attitudes of Companions and factions. This is reflected in Karma and Reputation.

Every time Zachariah gains enough experience from performing actions, completing missions and defeating enemies, he will level up. Resting in beds in rooms you encounter will give you a temporary experience gain bonus. Every time you level up, you will earn a point that you can use to unlock or upgrade one of his various Skills. At certain levels you will gain an additional point that you can use to upgrade your Attributes and Talents. Consult the following leveling chart:

The following are the respective stats that comprise your character. They can be viewed from the Stat screen in the main menu.